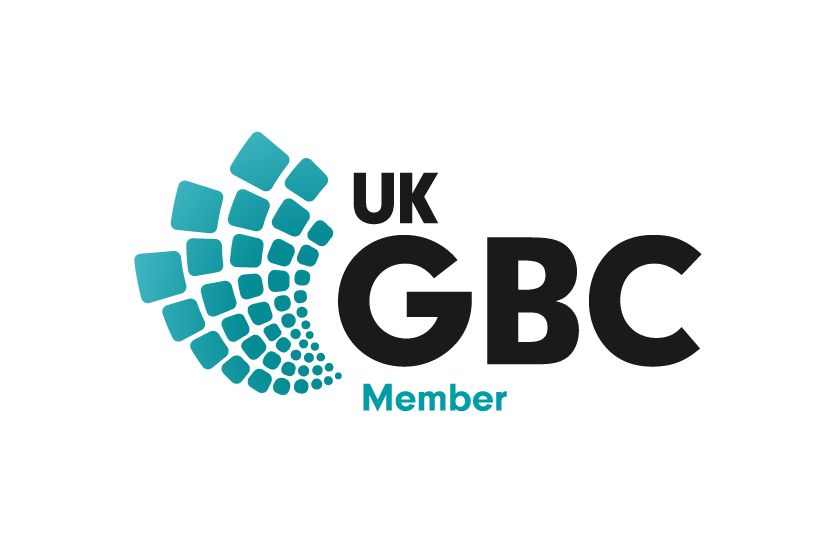 Supporting and driving the sustainability of Scotland’s built environment sector will be the key aim of a new permanent Scottish presence of the UK Green Building Council (UKGBC), announced today.

UKGBC Scotland will be officially launched at an event inside the Blue Zone at COP26 in Glasgow this morning (Thursday, 4 November), with guest speakers including Minister for Zero Carbon Buildings, Active Travel and Tenants’ Rights, Patrick Harvie MSP.

The new Scottish network of UKGBC will develop a programme focussed on the progressive Scottish policy environment and industry sectors, with scope to respond to the unique needs and opportunities posed by Scottish Government’s ambitious targets for the transition to a Net Zero built environment by 2045, five years ahead of the UK-wide target.

Established in London in 2007, UKGBC is an industry-led network of 600 strong members who collectively see the built environment sector as a critical solution to the climate and ecological crises.

Julie Hirigoyen, Chief Executive at UKGBC said: “Today’s announcement of the launch of UKGBC Scotland fulfils our longstanding ambition to establish a permanent network here, building upon the strong base of sector support which already exists. We’re extremely proud to be able to launch against the backdrop of COP26, a seismic moment and opportunity for us all as we strive for the sustainable built environment solutions to keep us on a 1.5 degree trajectory”.

“UKGBC Scotland will translate our mission to radically improve the sustainability of the built environment to the specific political, socio-economic, and physical make-up of Scotland, by overhauling the way its buildings are designed, built and used.”

UKGBC’s Director of Communications, Policy & Places Simon McWhirter added: “Scotland is poised to accelerate its Net Zero journey in our sector, as shown by its appointment of a Minster dedicated to that cause. We’re aiming to help build, support and represent the progressive voices in this sector in Scotland, spanning the entire built environment value chain.”

UKGBC Scotland will hold launch events in Glasgow this evening and Edinburgh on Monday, while it has already appointed its first permanent member of staff to be based in Scotland.

UKGBC Scotland will also advocate for change by calling for ambitious commitments, stronger standards, and progressive policy, building on the work already being done in Scotland and acting as a nexus to draw together the areas of excellent best practice across the country.

New UKGBC Scotland member David MacInnes, energy manager at HFD Energy, said: “We are proud to be a founding member of the UKGBC Scotland Network – sustainability is at the heart of what we do across our group of companies. Through joining UKGBC Scotland, with its clear focus on the Scottish built environment sector, we aim to lay the foundations to share and implement best practice within our buildings, educate our staff and tenants on energy in the built environment, while aligning with the UKGBC’s roadmap to Net Zero. We are committed to providing energy efficient property that helps our occupiers meet their own targets for sustainability, as well as delivering on our pledge to operate at Net Zero.”

Stephen Good, Chief Executive at Construction Scotland Innovation Centre (CSIC) said: “The launch today of UKGBC Scotland presents a fantastic opportunity for Scotland’s built environment ecosystem to connect into the wider UKGBC, and global GBC community, and CSIC is really proud to be a partner in this endeavour. At CSIC our mission is to accelerate the built environment’s transition to net zero. We’re supporting some of Scotland’s most ambitious businesses who are leading that charge, and combining our efforts with the team at UKGBC Scotland will undoubtedly help us accelerate this mission.”

The UKGBC Scotland launch event can be attended online via the Multilevel Action Pavilion at COP26 on Hopin, a virtual conference platform at 11.30am on Thursday, 4th November:  https://hopin.com/events/cop26-multilevel-action-pavilion

UKGBC is an industry-led network with a mission to radically improve the sustainability of the built environment.

A charity with over 600 member organisations spanning the entire value chain, we represent the voice of the industry’s current and future leaders who are striving for transformational change.

We inspire, challenge and empower our members, helping them to identify and adopt the most sustainable, viable solutions.

We also engage our members in advocating a progressive message to government, informing and influencing policy.

Launched in November 2021 UKGBC Scotland is the permanent Scottish presence of UKGBC, with a mission to radically improve the built environment in Scotland.